Are we able to imagine how life unfolded in a saddles laboratory in 1860?

Tuscany was a Granducato, first half of the nineteenth century. A memory now faded from time but still can give emotions making us imagine an ancient saddlery with a sweet smell of leather; the FONTANELLI family has been working on it since that distant 1860s when they produced saddles that found buyers not only in Italy but also in Europe.
About a century later, with the generational passage, the brothers Corrado and Remigio FONTANELLI exactly in 1970 founded RECO’S using the first two letters of their first name to compose their company name, and started making their products under the brand FONTANELLI and FONTANELLI by RECO’S. Closely linked to their land, the Chiantishire, the company is still located in San Casciano in Val di Pesa near Florence.

FONTANELLI by RECO’S was born as an atelier of high craftsmanship, making use of the precious heritage received as a legacy and further refined during their long career. 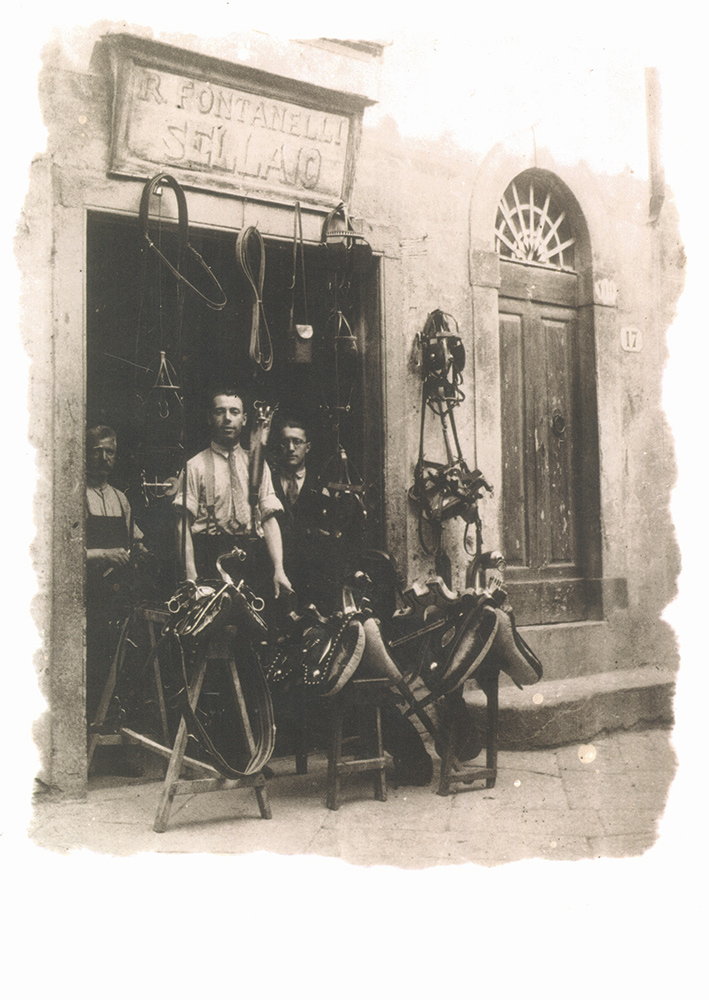